Following the method of co-extrusion a third independent layer of longitudinal lines, in indelible color, is incorporated, during the production process, on the outer conduit’s corrugated wall creating a long lasting color marking between electrical installations and communication systems.

In this way, our new second-generation conduits, protect the personnel performing technical installation or maintenance tasks by warning them about the riskiness of the buried underground pipelines. At the same time, they facilitate engineer’s work providing a better and safer way of networking.

Finally, our new second-generation conduits achieve increased resistance to solar radiation (UV), longer than 5 years, which is necessary in order to ensure their mechanical properties after a long period of storage in the warehouse or in the construction site.

The color identification of the new second generation GEONFLEX® & GEOSUB® conduits follows the rules set by the French Standard NF P 98-332 which specifies the pipeline coloring according to the application field and the minimum distances buried pipes should have between each other.

The new warning marking, of our new conduits, follows the specifications of products intended to protect and warn of buried underground installations according to the European Standards EN 12613 & EN 50520. 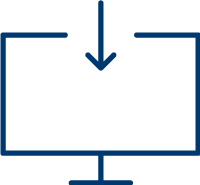 .PDF
Plastic conduit systems for buried underground networks
DOWNLOAD FILE
BACK TO ARTICLES
Share this
Facebook Twitter Pinterest Google+ E-mail to friend
Read also
KOUVIDIS participates in one of the largest power interconnection projects worldwide
Our company participates in the first power interconnection project between...
READ ARTICLE
Light + Building: New dates on March 2022
In view of the worldwide situation caused by coronavirus pandemic...
READ ARTICLE
Caring for Our Partners and Customers during COVID-19
We support the campaign of our Health Authorities “stayhome”, caring...
READ ARTICLE
A new certification body for KOUVIDIS Management Systems
As a part of its sustainable growth strategy, KOUVIDIS has...
READ ARTICLE
New dates for Light + Building 2020
Messe Frankfurt announced the new dates for Light + Building...
READ ARTICLE
ΕΜΜ. KOUVIDIS DEUTSCHLAND GmbH has moved to new offices
EMM. KOUVIDIS DEUTSCHLAND GmbH, based in Hamburg, Germany, has recently...
READ ARTICLE
BACK TO TOP
STAY UP TO DATE

Join our newsletter mailing list and learn more about KOUVIDIS activities and products. We send news on a monthly basis.